The Greatest Female Travellers Of All Time

When thinking about who are the greatest travelers of all time are, some names usually come into mind like Christopher Columbus, Lawrence of Arabia, Charles Darwin, and Michael Palin just to name a few. But what have about the great achievements and accomplishments of female travelers?

Travelling as a woman, even today has it challenges due to safety, world views and restrictions. But women throughout history have taken amazing journeys with determination which has paved a way well ahead of their time.

There are so many female travellers who dared to explore, defied all odds and earned a place in the write-ups of history. The list is endless but usually includes lesser known names like Harriet Chalmer, Jeanne Baret, Gertrude Bell and Isabella Bird. These great female travelers were pioneers of their era and have helped to provide a platform and inspiration for future female explorers.

In this article we introduce you to some of the most incredible female adventurers that have showed the world that travel is not just exclusive for men. Some made history by traveling across continents, going all around the world and making daring expeditions even until their final days and death.

Check out some of the female travellers throughout history you need to know about below.

Amelia Earhart (as seen in the image above) is one of the more well known names on our list and she became a true pioneer of American aviation.

Earhart got the nickname ‘Queen of the Air’ as she became the first woman to fly solo across the Atlantic Ocean for which she received the United States Distinguished Flying Cross.

She become a celebrity and inspiration to other women after completing several flights, one most notable where she departing from Newfoundland aiming for Paris but landed in Northern Ireland.

She also made several historic flights alone and attempted to fly all around the world. Amelia disappeared on the 2nd July, 1937 aged just 39 after flying over the Pacific Ocean. Despite an extensive search effort she was never found. 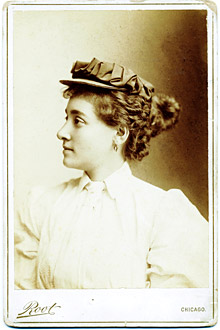 In 1895, Annie Cohen Kopchovsky known as Annie Londonderry became the first woman to cycle around the world. Annie was born in Latvia but emigrated to the United States in her early life where she not only became a traveler but also an athlete and an entrepreneur.

After two rich Boston businessmen wagered that no woman could travel on a bicycle around the world Annie decided to prove them wrong. She left behind her three children and husband for 15 months and traveled on the road.

Annie funded the trip and earned $5,000 through advertising by attaching banners and posters to her bicycle. New Hampshire’s Londonderry Lithia Spring Water Company gave her $100 to go by using the name ‘Londonderry’ and later it become her surname!

Annie died in 1947 but left behind her a legacy of adventure. 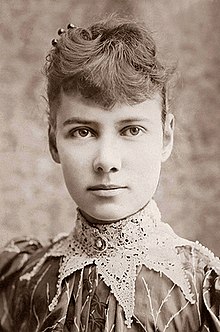 Elizabeth Jane Cochrane, known as Nellie Bly, was one of the first women to work as an investigative journalist.  In November 1889, Nellie undertook a record breaking 24,899-mile journey solo global tour after being inspired by the book ‘80 Days Around the World’ by Jules Verne.

Nellie documented the adventure in her book ‘The Tour of the World in 72 Days’ and it was also documented by the ‘New York World’ where Nellie worked as a reporter.  In 1922, Nellie died of pneumonia in New York City. 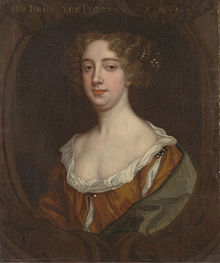 Aphra Behn was an English playwright, poet, translator and fiction writer and is possibly one of the greatest armchair travelers the world has seen. Aphra was one of the first women to earn her living by writing.

Her travel style is mysterious as she was employed as a spy by Charles II, who sent her to work in places like Antwerp. Other destinations she went to are still shrounded in mystery but these experiences helped influence her writing.

Her famous anti-slavery novel ‘Oroonoko’ is set in Suriname yet it is not cleared that whether or not she ever travelled to South America. She died on 16 April 1689, and was buried in the East Cloister Westminster Abbey. 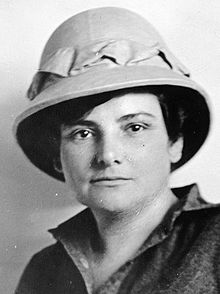 Harriet Chalmers Adams was an American explorer. She started her first major journey at the age of 29 accompanied by her husband and over the course of three years, they visited every country in South America.

She also crossed Haiti by horse and island hopped the Caribbean. Harriet made a career out of her travels. She was also a charismatic speaker and a strong writer and with accounts of her adventures she used to contribute to the National Geographic Society. The New York Times credited her with reaching ‘twenty frontiers previously unknown to white women’. She died in Nice, France at age 61. 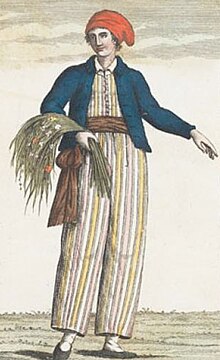 Jeanne Baret is considered to be the first woman to travel around the globe and rather shockingly managed to achieve this by disguised herself as a man.

Jeanne started working as a housekeeper in her early twenties for the naturalist Philibert Commerson, who also employed her as his personal nurse. When Commerson was invited to join Louis Antoine de Bougainville’s round-the-world expedition in 1765, he wanted to take Baret with him.

At that time women were not allowed on French navy ships and so Commerson came up with the idea of disguising her as a man. In late December 1766, they started sailing and during the voyage across South America and the Pacific, they made a number of botanical expeditions.

It wasn’t until April 1768 when the true gender of Baret was confirmed but they continued their journey as far as Mauritius. Jeanne died in Saint-Aulaye on August 5, 1807, at the age of 67 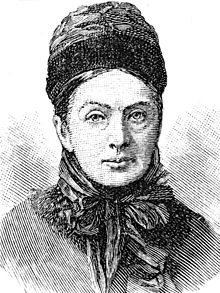 Isabella Bird was a 19th century English explorer who travelled the world and wrote travel books at the same time. Isabella became very well-known in her era and visited places like the United States, Australia and Hawaii where she climbed mountains and did adventure activities like horseback riding.

Isabella also traveled different parts of Asia including Malaysia, Japan and China. At the age of 60 she travelled to India where she worked in hospitals and visited missions.

In the famous books ‘A Lady’s Life in the Rocky Mountains’, ‘Unbeaten Tracks in Japan’ and ‘Six Months in the Sandwich Islands’, Bird described about her travel adventures. During her journey, Bird captured amazing photos which are featured in her later publications. Bird was the first woman inducted into the Royal Geographical Society in November 1892. Until her death in 1904, she continued travelling. She died on 7 October 1904. 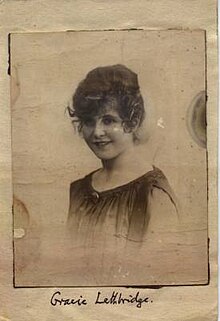 Lady Hay Drummond-Hay was a journalist and the first woman to travel around the world by air. In the early 20th century, the zeppelin airship was used for commercial flights. In 1928, Lady Hay made her first zeppelin flight and she was accompanied by five other reporters of the Hearst press organization.

Hearst had co-sponsored the historic round-the-world-flight a year later and Lady Hay was chosen as their reporter to join, she was the only female onboard. She also worked as an intern in a Japanese camp in the Philippines during the Second World War. Lady Hay died of coronary thrombosis on 12 February 1946 in the United States. 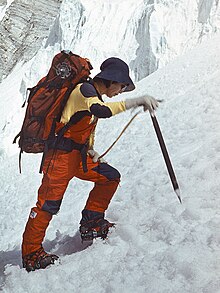 Junko Tabei was born in a small town in Fukushima, Japan. She had a love of traveling from an early age and when she reached 28, she established a women-only climbing club. After a year she joined an all-women expedition for ascending Annapurna III in Nepal.

Five years later, Tabei started her journey to reach the black and white peaks of Mount Everest but due to terrible weather, she was trapped in the snow and got a hip injury. After seven days, she made a painstaking six-day hike via the South-Ridge route and through courage and determination she made it happen!

Tabei  became the first woman to reach the summit of Mount Everest. Later Tabei also conquered the Seven Summits, the seven highest mountain peaks in the world, including Oceania’s highest mountain, the Carstensz Pyramid and the soaring 5,895-metre high Kilimanjaro in Tanzania. She died in Kawagoe on 20 October 2016. 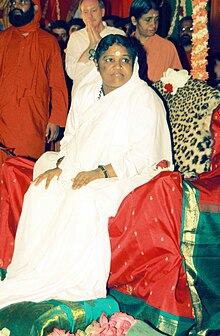 Mata Amritanandamayi, also known throughout the world as Amma (meaning “mother”) is a self-realized spiritual leader from India.

Amma has dedicated her life to helping poor people, and those suffering physically and emotionally. She travels all around the world to spread love and to embrace people of different religions and cultures raising lots of money for good causes.

She proved that traveling is not only about exploring a country but it can also be a spiritual journey.  She has made several worldwide trips bringing compassion to over 30 million strangers over the years including 10-hour hugging sessions at times. Her mission is not only to spread love but also to raise awareness about peacefulness.

She worked for funding of charitable organizations in more than 40 countries and she dedicated her time for fighting hunger, empowering women and providing health care. She has an ashram in Kerala, India. 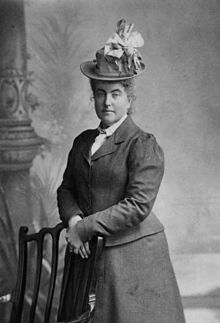 Fanny Workman was born in the United States in 1859 and became one of the first female professional mountaineers.

She was lucky to born to a wealthy family and she used this money to travel around the world. When her husband retired, they started exploring Europe by bicycle and they wrote books describing their travel adventures.

When Fanny visited India she got interested in high-altitude climbing and she managed to set several all time women’s altitude records conquering several peaks in the Western Himalayas and the Karakoram mountain region.

Fanny became the second woman ever to give a talk to the Royal Geographical Society. She died after a long illness in 1925 in Cannes, France. 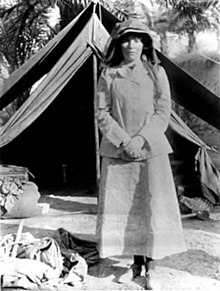 Gertrude Bell was an archaeologist and a writer and documented trips around the Middle East, Europe and Asia. Gertrude studied History at Oxford University and after graduating, she travelled to Persia to visit her uncle Sir Frank Lascelles who was British minister. In her renouned book ‘Persian Pictures’ she described this journey.

In the next decade Gertrude traveled around the world. She visited the Middle East in 1899 going to Palestine and Syria in 1900. During Next 12 years she travelled across Arabia six times and conquered a number of mountains including the La Meije and Mont Blanc between 1899 and 1904.

She was found dead on the 12th July 1926 due to an overdose of sleeping pills.

Did we miss any names of our list? Let us know in the comments section below.